Your Guide to Beer City

Ben Darcie here, I’ve been in this great city for 16 years and have been an active member in the beer industry for 10  - from homebrewing to sales management to bartending - and I’m here to help you get the most out of your visit to the premier beer destination of the Midwest: Grand Rapids, MI - the reigning Beer City, USA. Fun fact: Grand Rapids first scored this nod to beer excellence 10 years ago, about the same time I was getting into the industry. Coincidence? I’ll let you decide.

In no particular order, here are my suggestions for maximizing your time in Beer City: 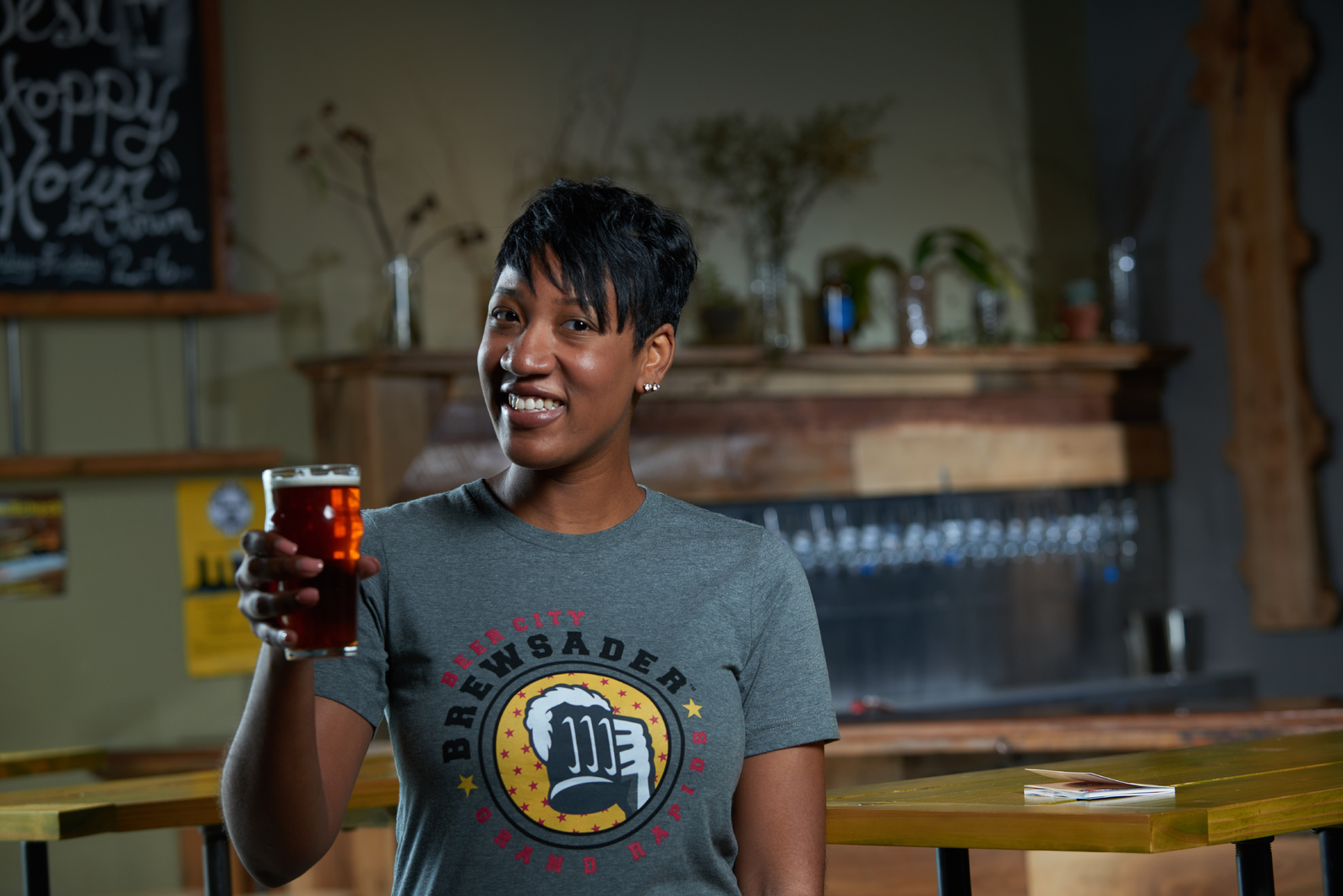 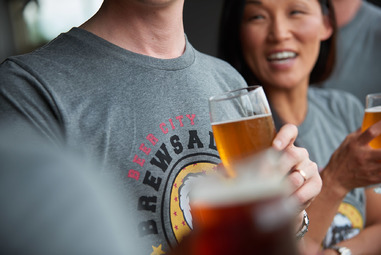 The greater Grand Rapids area features over 40 breweries, with 8 in the immediate downtown area, with a ninth brewery, Küsterer Brauhaus, opening in the very near future. The team at Experience Grand Rapids (EXGR) has created a digital passport program. I figure many of you may have similar programs at your destinations, but the one you’ll want to search for in the app store is called the Beer City Brewsader Passport.

Here’s how it works: check into eight Grand Rapids area breweries, ask for the Brewsader password, plunk it into your phone, verify your location and voila! Check-in, complete. Do that seven more times and you get to take home your very own – and free –  Brewsader t-shirt, along with bragging rights. 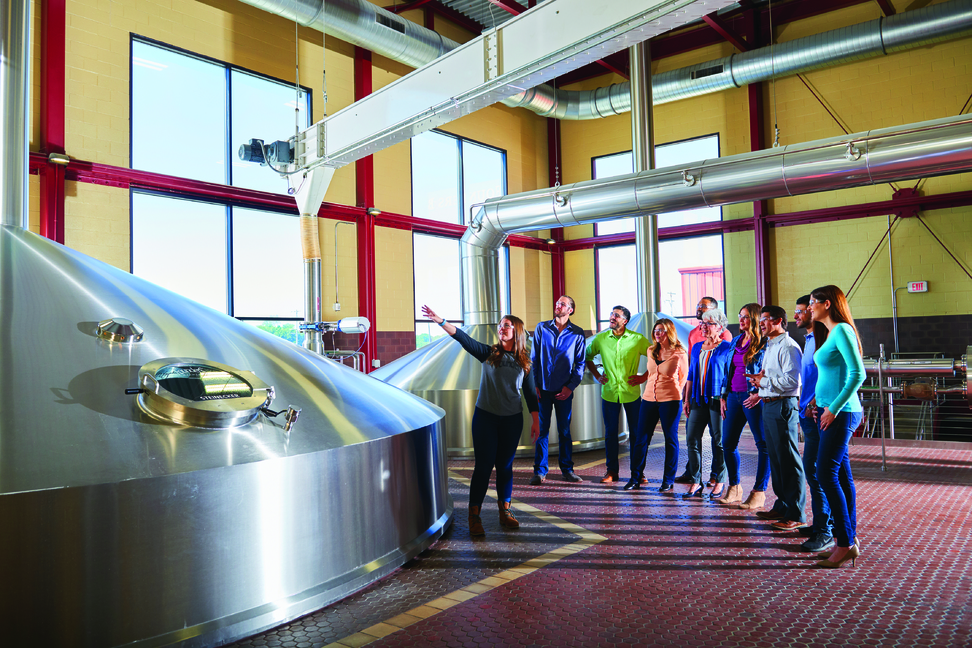 If you want to explore Beer City in a more intimate, behind-the-scenes way, there are plenty of options to level up your experience. Of course, engage with your bartenders. They have plenty of information about the brewery to share, but if you want to get behind the glass, you may need to do some planning in advance. 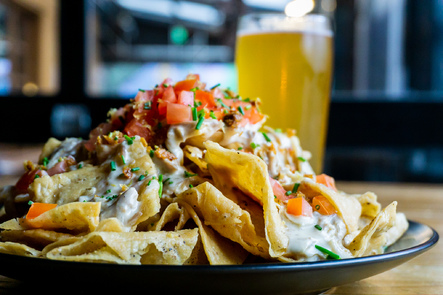 Don’t Forget About the Food

For many Grand Rapids breweries, the food is every bit as good as the beer! I love grabbing a seat at Brewery Vivant and getting into some fantastic French-inspired food, having a huge sandwich at Founders, or digging into some Puerto Rican food at City Built. Wood fired pizza at Harmony Brewing’s Eastown location, amazing world inspired food at Broad Leaf, and I love tackling the gigantic pretzel at Mitten Brewing. (For more dining inspiration, EXGR has created a video series on this very topic called Beer City Eats.)

There are a handful of breweries in the city that don’t serve food, but even those will often allow you to bring your own food and can usually recommend excellent places that will deliver to the brewery. If in doubt, give them a shout before you visit to get details. 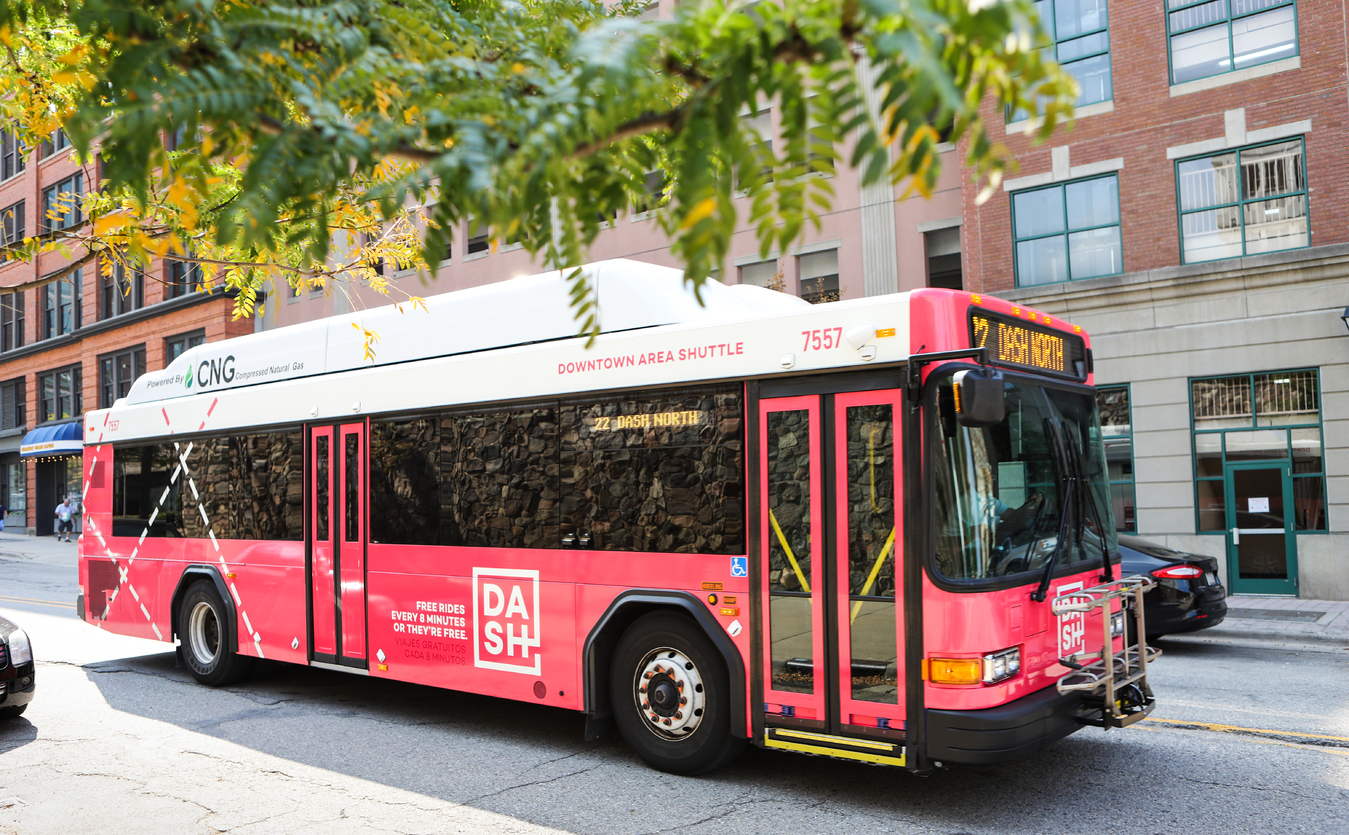 Grand Rapids has always had a very high level of walkability and there are ride sharing options readily available in Uber and Lyft. Scooters and bikes available to rent, though – and I may be stating the obvious here – please only use these when you are sober.

Another great option is the DASH bus, a free service of the Rapid, Grand Rapid’s public transportation service. The DASH provides free bus rides along two different routes. The North Route gives you quick access to Founders, City Built, Atwater Brewing and everything in between, including our convention center. Use the West Route for Grand Rapids Brewing Company and to get to the Bridge Street corridor, which is home to New Holland Knickerbocker, Jolly Pumpkin, Arktos Meadery and Harmony Hall.

The best part? There’s a DASH bus that passes a stop every 15 minutes (check out this DASH map for more info). 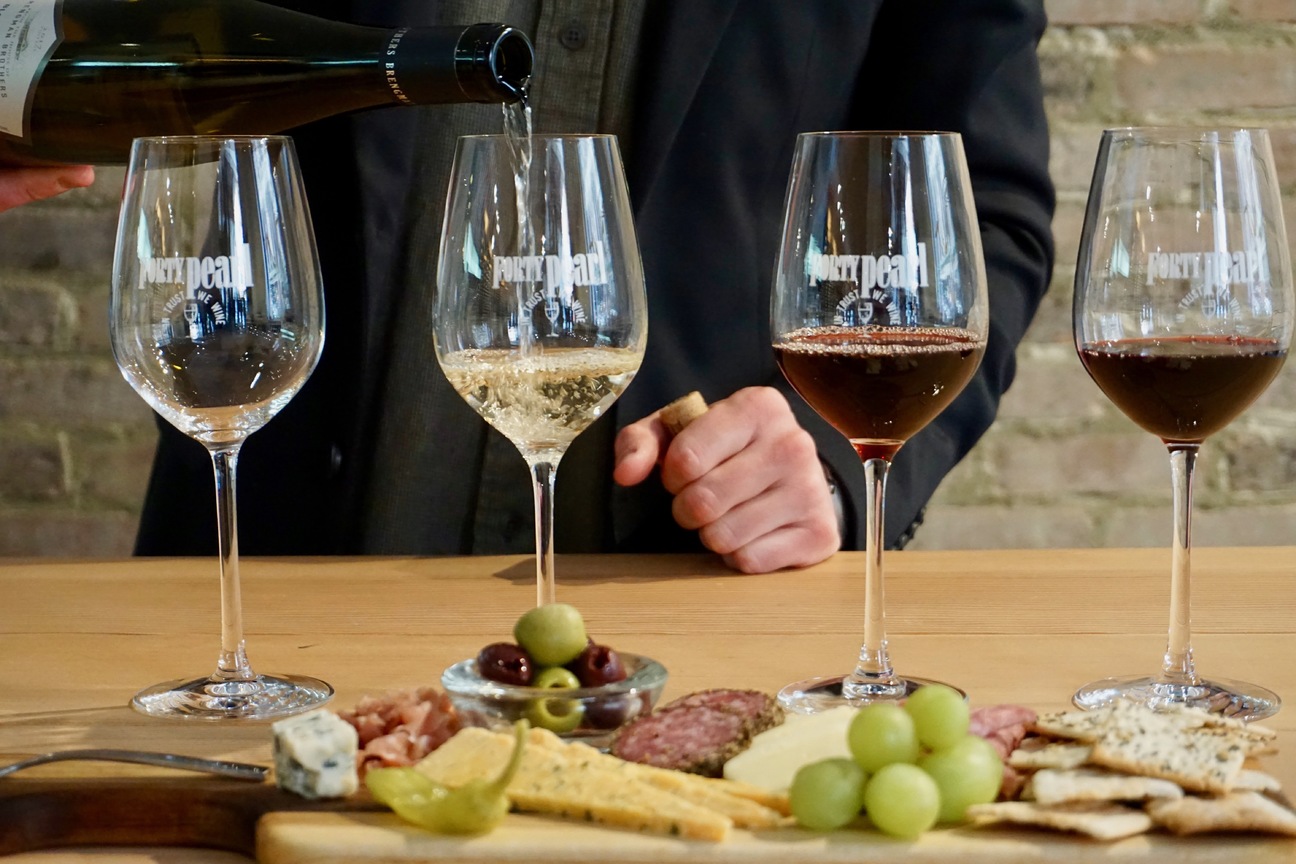 Grand Rapids excels at more than craft beer. Some have even called us the craft beverage capital of the United States. As far as I’m concerned, here’s why:

Wine lovers can rejoice knowing Reserve Wine & Food and House of Wine are within walking distance of the convention center and has a huge selection of draft and bottled wines. Forty Pearl offers a wide selection of Michigan-made wines (among others). While GRNoir, a downtown jazz bar, offers a curated, impactful wine list pays special attention to Black-owned and women-owned wineries. You can also hop on the DASH’s north route to get to Aperitivo, a local wine bar in the Downtown Market.

Across the river in the West Side neighborhood is Long Road Distillers, which happens to be next to Mitten Brewing Co., People’s Cider Co. (not a distillery but they do make some yummy hard ciders), and Two Scotts Barbecue, which doesn’t serve any adult beverages, but does make my favorite BBQ in the city alongside a killer root beer float. This is one of my favorite corners of the whole city and deserves an afternoon. 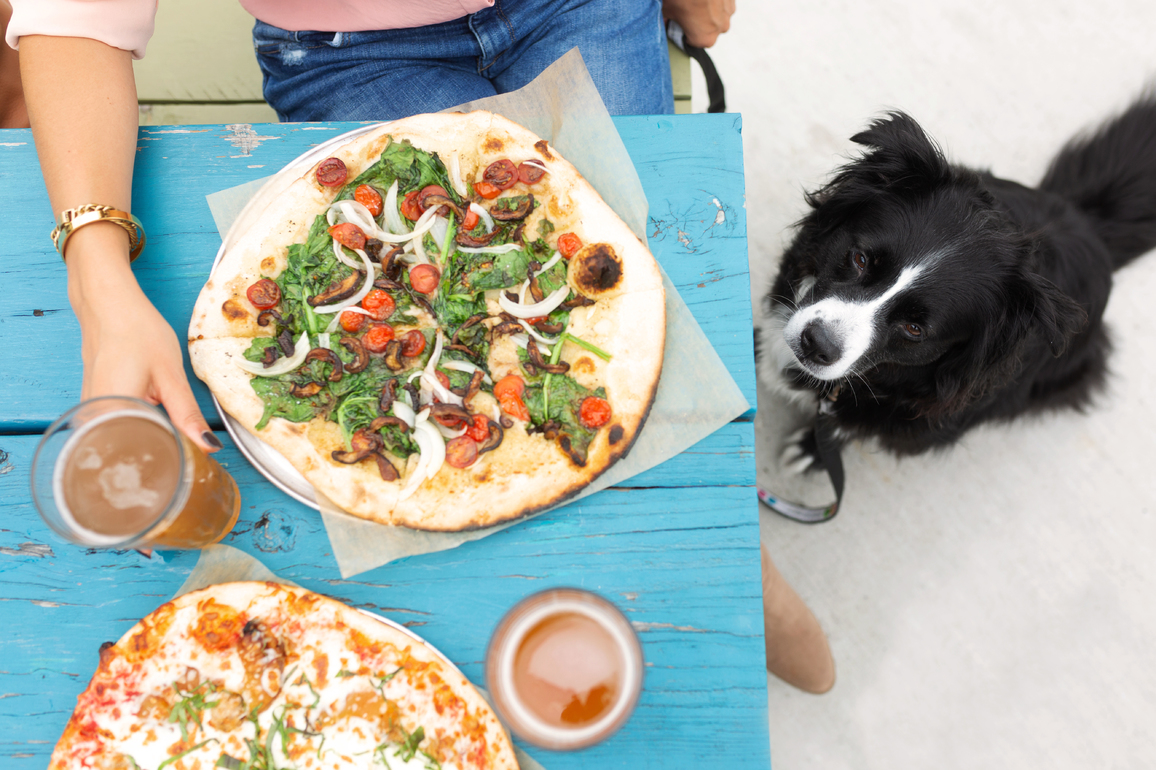 If you have the time, visiting breweries are a great way get into other parts of the greater GR area. Brewery Vivant and Harmony Eastown are just a couple of examples from GR’s Uptown neighborhoods. Go out a little further and have one of the best meals ever at TwoGuys Brewing in Wyoming, go have a pint or two at Railtown in Dutton or at Thornapple in Cascade. It’s this entire community of fantastic breweries that has made Grand Rapids truly THE Beer City for the last decade. Cheers!

Ben Darcie is a beer writer, member of the Michigan Beer Industry and homebrewer. Living in Grand Rapids, Michigan, he spends most of his time promoting and connecting the public to Grand Rapids breweries, cideries, and distilleries.