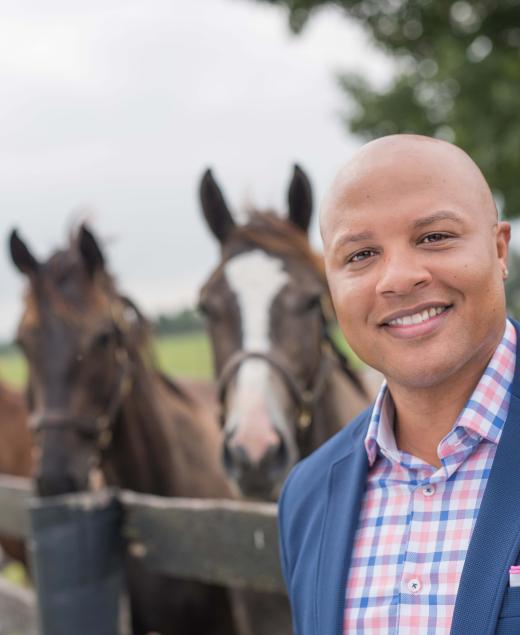 Gathan D. Borden is the Vice President of Marketing for VisitLEX, the Lexington Convention & Visitors Bureau. In this role, he oversees the advertising, branding, marketing, public relations, social media, visitor services and web strategies for the city of Lexington as it relates to travel and tourism.

Gathan is a 14-year veteran of the tourism industry, having spent time at Louisville Tourism in Louisville, KY in various marketing roles, before accepting the role of Vice President of Marketing at VisitLEX in Lexington, KY in July of 2015, where he oversees the Marketing department and the Visitors Center. As a much sought-after industry speaker, he speaks frequently at local, regional and national tourism conferences across the country on various marketing topics and trends and in 2021 was selected as one of the “Top 25 Most Extraordinary Minds in Sales, Marketing, and Revenue Optimization” by Hospitality Sales & Marketing Association International (HSMAI). This national awarded recognizes high achievers who stand out through their creativity and innovation, cutting-edge campaigns and programs, triumph in challenging situations and efforts that resulted in dramatic gains.

He received a Bachelor of Business Administration with a double major in Business Management and Business Marketing from the University of Kentucky in 2001, and in May of 2009, he received his Master of Business Administration at Webster University. He is the current Board President of Horse Country, Inc. which is an organization of horse farms, equine medical clinics and equine attractions dedicated to sharing the stories of Kentucky’s Horse Country to develop fans of farms and clinics through tourism experiences. He also serves as a board member of the U.S. Travel Association’s Destination Council Board of Advisors, the Kentucky Travel Industry Association, and the American Cancer Society. And given his love for bourbon, he is a founding member of the Lexington-based Kentucky Black Bourbon Guild, which seeks to honor the history of minority’s contributions to the bourbon industry and increase the representation of minority cultures in the spirits industry.

In 2013, Gathan was honored to be a “40 under 40” recipient from Business First of Louisville, given to the top forty leaders under the age of 40 in the city of Louisville, and in that same year, he completed the Certified Hospitality Digital Marketing (CHDM) program through Hospitality Sales and Marketing Association International (HSMAI). In 2011 he was recognized as a “Top 40 under 40” recipient by both CONNECT and Rejuvenate magazines, as one of the hospitality industry’s up and coming future leaders. He has been featured in the Who’s Who in Black Louisville publication, honoring the city’s professional, community and civic leaders, and in 2008, he was awarded the “Hot Ten Award” by the American Advertising Federation of Louisville, given annually to the top 10 local advertising professionals under the age of 30 in Louisville. He is a graduate of the Ignite Louisville program at the Leadership Louisville Center, which is a program that prepares the community’s emerging leaders to build a better Louisville and is a Commissioned Kentucky Colonel.