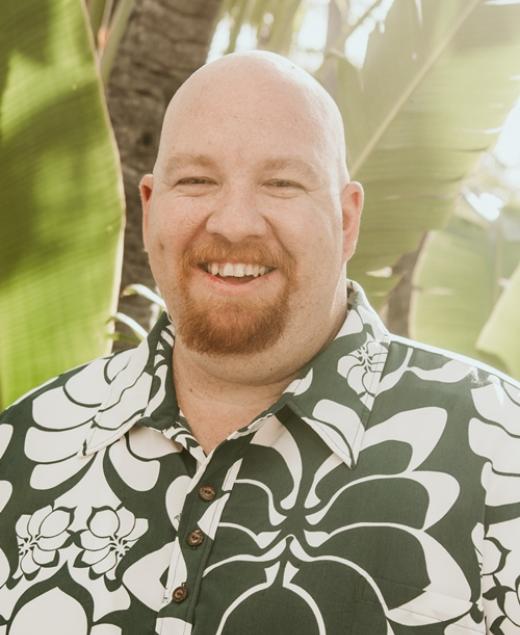 Kalani Ka‘anā‘anā is the Chief Brand Officer of the Hawai‘i Tourism Authority (HTA). HTA is the State of Hawai‘i agency responsible for providing comprehensive management of tourism for the Hawaiian Islands. Its goal is Mālama Ku‘u Home (caring for my beloved home) through regenerative tourism, which empowers the community to have a voice in tourism’s future, restores the environment, and works to perpetuate the Hawaiian culture, recognizes Hawai‘i’s multiethnic cultures, and supports responsible economic growth.
Ka‘anā‘anā is responsible for overseeing HTA’s various initiatives outlined in its 2020-2025 Strategic Plan in the areas of community empowerment, stewardship of the Hawaiian culture, preservation of natural resources, and brand management. He joined HTA in 2016 and most recently served as its director of Hawaiian cultural affairs and natural resources.
Born and raised in Kailua on O‘ahu and fluent in ‘Ōlelo Hawai‘i, the Hawaiian language, Ka‘anā‘anā is involved in a multitude of community activities. He is one of the 14 collaborative Native Hawaiian authors of the ‘Āina Aloha Economic Futures declaration and is an active member of the Kailua Hawaiian Civic Club and 2019 Omidyar Fellow. His ‘ohana comes from Ka‘aihe‘e, Kailua, O‘ahu. An alumnus of Kailua High School, Ka‘anā‘anā graduated with distinction from the University of Hawai‘i at Mānoa, earning B.A. degrees in both Hawaiian Language and Hawaiian Studies.