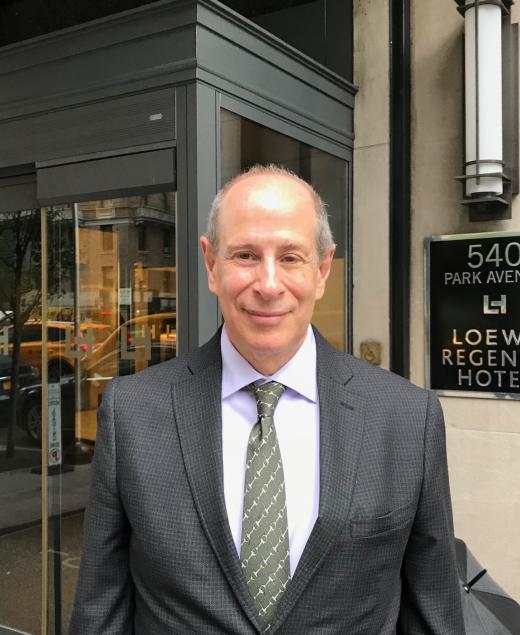 Peter Slatin is the founder and president of Slatin Group LLC, which provides education and training on service to consumers with disabilities.

Slatin Group has trained thousands of hospitality workers at hotels across the U.S. through its in-person workshops and an e-learning course, Elements of Service, developed with strategic partner Slatin Media group.   Clients include five-star hotels such as The Pierre and the Mark in Manhattan as well as Virgin Hotels, W South Beach, The Garland Los Angeles. Other clients include attractions such as One World Observatory and the Sacramento County Airport Authority. He is an accessibility consultant to  NYC & Company and speaks frequently on disability rights, accessibility in all forms and the intersection of ableism and ageism.

Peter is an award-winning journalist and writes on disability for Forbes.com; he has written extensively for major national publications, such as The New York Times and Wall Street Journal, on commercial real estate, architecture and finance. He was the founder and editor in chief of Grid, a trade magazine covering the intersection of architecture and commercial property. Grid received numerous Jesse H. Neal awards for editorial and design excellence from American Business Media, and Peter received the Oculus Award for Excellence in Architectural Journalism from the New York City Chapter of the American Institute of Architects.

Peter, who is blind, is an Encore Public Voices Fellow. He joined the board of directors of  Empire State Employment Resources for the Blind in 2019 and also serves on the board of the Colorado Center for the Blind. He has previously served on the boards of Lighthouse Guild, Ski for Light International and the Van Alen Institute, a leading think tank on the design of public spaces. He holds a Master’s degree in Painting from Hunter College and a B.F.A. from  SUNY New Paltz. He lives in New York City.